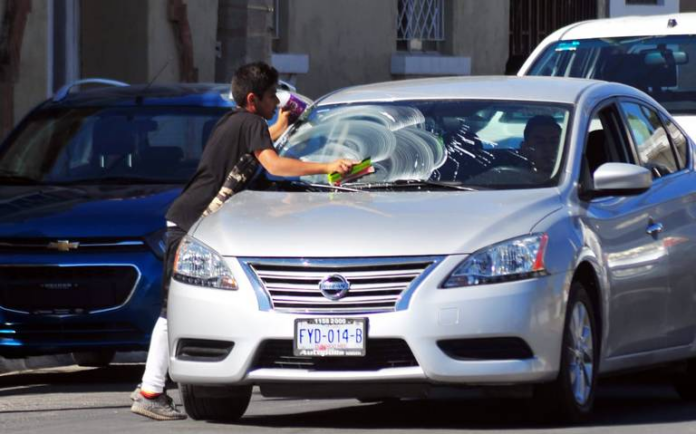 During the Easter holidays, 29 children who worked on the streets in the city of Durango were removed by the Municipal DIF

The pandemic caused a considerable reduction in both homeless and minors working on the street in the municipality of Durango, however, during the Easter holiday season that ended, 29 children who were carrying out some activity were removed by DIF Municipal.

Armando Ochoa Legal Deputy Director of the municipal DIF, explained that of these minors 10 are repeat offenders, that is, minors with whom they have already spoken with their parents to support them, and that they do not expose the children to work on the street.

“People give them money from the heart, but systematically and with the support of studies, it is known that it is not the right thing because that drives them to continue on the street instead of going to school, it does not allow them to develop their childhood as normal way or it causes them to continue exploiting them, ”he said.

He accepted that there are only some cases where truly that money that they give them is used for a great need for them.

Fortunately, there is no record of minors living on the street, only the cases of those who go out to work have been reported, that is why the agency conducts 52 weekly tours.

Personnel on motorcycles check the routes established in the main streets of the city, avenues or places already located where minors are seen. He said that many times parents or people who exploit children realize the routes and make children hide, that is why citizen reports are also attended when people detect a minor working.

In Durango there was a case of indigenous children from Chiapas who were working on the street but were accompanied by other people who were not their parents or relatives, they came “on loan to work.”

The DIF located the parents, who had to report from there to take their children, also in the city some fruit merchants hire the children to help them sell the bags of the product because people are still children. they buy more from them.

Municipal DIF has the “Together for Children” program, which offers them a scholarship to leave this situation, or different supports are given to the family so that the minors can continue their studies.