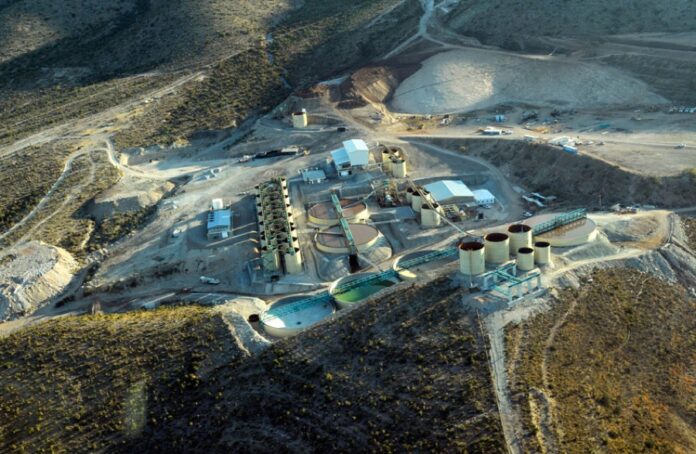 Vancouver, BC, Canada – First Majestic Silver Corp. (“First Majestic” or the “Company”) announces that total production in the first quarter of 2021 from the Company’s three producing operations in Mexico, the San Dimas Silver/Gold Mine, the Santa Elena Silver/Gold Mine and the La Encantada Silver Mine, reached 4.5 million silver equivalent ounces consisting of 2.9 million ounces of silver and 23,873 ounces of gold. The Company’s financial results for the first quarter of 2021 are scheduled to be released on Thursday, May 6, 2021.

“After a record-setting previous quarter, silver production in the first quarter came in slightly below budget primarily due to lower average silver grades and an extreme cold weather event in the month of February which reduced milling rates at La Encantada,” said Keith Neumeyer, President & CEO. “While the quarter was impacted by some uncontrollable factors, site operations made some significant achievements during the quarter. At Santa Elena, underground ore production reached the highest quarterly rate in over a year following numerous operational improvements over the past nine months and resulted in an 8% increase in silver production compared to the previous quarter. In addition, Santa Elena’s new 12.4MW LNG power plant was successfully commissioned at the end of the quarter and began feeding low-cost, clean energy into the Santa Elena electrical power grid. Finally, San Dimas continues to benefit from strong mine development rates and produced over 2.9 million silver equivalent ounces.”

Total ore processed during the quarter at the Company’s mines amounted to 614,245 tonnes, representing a 2% decrease compared to the previous quarter. The decrease in tonnes processed was primarily due to a severe winter ice storm in the month of February which temporarily reduced plant throughput rates at La Encantada offset by improved underground ore deliveries and plant production rates at Santa Elena.

Consolidated silver and gold recoveries were consistent averaging 89% and 96%, respectively, during the quarter.

MINE BY MINE PRODUCTION TABLE

*The following prices were used in the calculation of silver equivalent ounces: Silver: $26.26 per ounce, Gold: $1,794 per ounce.

At the San Dimas Silver/Gold Mine:

At the Santa Elena Silver/Gold Mine:

At the La Encantada Silver Mine:

First Majestic is a publicly traded mining company focused on silver production in Mexico and is aggressively pursuing the development of its existing mineral property assets. The Company presently owns and operates the San Dimas Silver/Gold Mine, the Santa Elena Silver/Gold Mine and the La Encantada Silver Mine.  Production from these mines are projected to be between 12.5 to 13.9 million silver ounces or 20.6 to 22.9 million silver equivalent ounces in 2021.