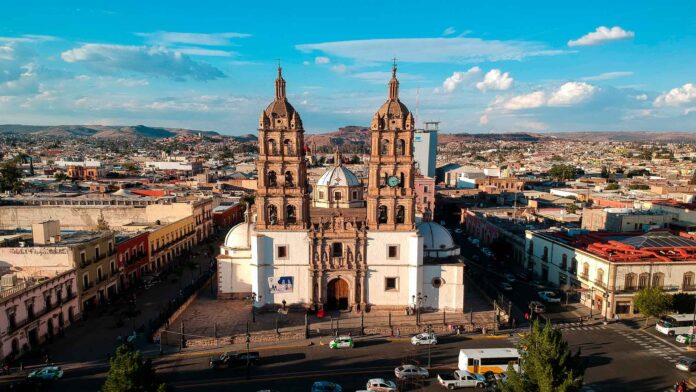 In Durango, the campaigns for the governorship begin on April 3 and end on June 1, 2022, to participate in the electoral day of June 5, where 39 municipal presidencies, 39 Syndicates, and 327 Councilors will also be elected.

Find out below the profile of the candidates for the governorship of Durango.

The candidate of the coalition made up of the Institutional Revolutionary (PRI), National Action (PAN) and Democratic Revolution (PRD) parties is 45 years old, and is a Surgeon from the Juárez University of the State of Durango.

He served as head of Internal Medicine of the Institute of Security and Social Services of State Workers (ISSSTE), local deputy in the LXIV Legislature and in 2012 he was Secretary of Health and General Director of State Health Services.

In the local elections of 2013, he was elected municipal president of Durango.

In December 2015, he ran for state governor for the PRI.

Alma Marina Vitela Rodríguez, for the coalition “Together We Will Make History”

The candidate for the coalition made up of the National Regeneration Movement (Morena) and the Labor (PT), Progressive Social Networks (RSP) and Green Ecologist of Mexico (PVEM) parties, is 56 years old, and studied nursing at the Instituto Middle and Higher Education.

She practiced his profession at the Red Cross of Torreón, Coahuila, at the Mexican Social Security Institute ( IMSS ) and the ISSSTE.

She was a union delegate for the ISSSTE Nursery and in the hospital clinic of the XV section in Gómez Palacio, Durango. She later took the position of political, national, state and municipal adviser of the Institutional Revolutionary Party (PRI).

From 2007 to 2010, she directed the National Organization of PRI Women, while she was already serving as general secretary of the PRI in Durango, a position she held until 2012.

She was councilor of the Gómez Palacio City Council from 2010 to 2012 and in 2019 she won the elections as municipal president of that town.

She was also the technical secretary of the three government bodies: the Board of Directors, the Conference for the Direction and Programming of Legislative Work, and the Political Coordination Board.

Last January, she resigned from this militancy of 18 years in the PAN.