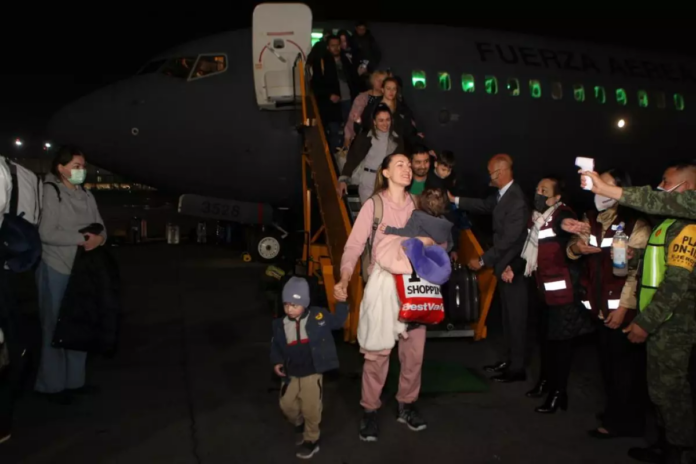 For her and her family, there were two options: stay to die in the building where they lived or try to run away.

Mrs. Sandra Ileana Monárrez Alva narrates that on March 2 they fled from the Russian invasion to the city of Kharkov – the second largest and most important metropolis in Ukraine – narrating that in the midst of the bombing they decided not to die in the departmental building and to try to reach Romania, so the consular authorities of Mexico, such as Durango, knowing that they are originally from this state, the general secretary of the government facilitated the economic resources as consular officers so that she, her 20-year-old son, and her mother-in-law could return to land Duranguense, managing to do so on the 21st of this month.

He also explained that they got a car the day the bombardment was strongest and they went for the car that they were lent to flee, but it was in the center of the city, so it was quite a journey to be able to board it and avoid all the shots that destroy the buildings, the houses, the shopping centers, sharing that in his untimely departure a Mexican asked them for help and they put him in the vehicle, where seconds later a bomb exploded, saving his life.

They arrived in Romania and for hours they traveled until they reached Durango, where they will start from scratch with the support of their family and the state government to establish themselves as a merchant, she shared that her husband could not leave because Ukraine does not allow men to leave the country, so you communicate with him by internet since he is in a catholic monastery helping the victims.

He recognizes that it has been very difficult to be able to see how the devastation of a war exterminates a people regardless of the fact that they are civilians who have nothing to do with the conflict, they are emotionally impacted by the sounds of the projectiles as well as the suffering of the wounded, today he asks to the nations that stop the war.