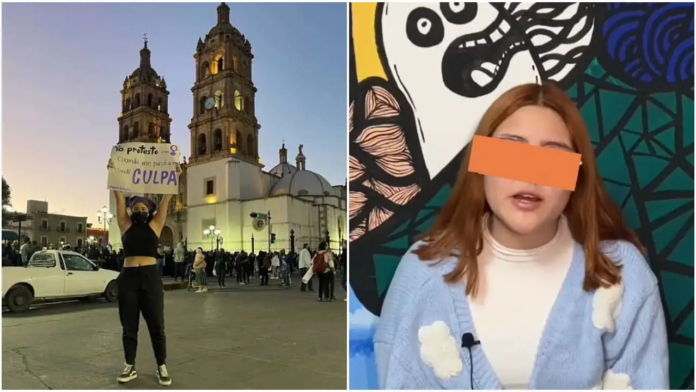 The governor of Durango promised to follow up on Ivanna’s case.

After seeing that her case was not advancing through the justice system, Ivanna and her family in Durango decided to make their complaint public. “They drugged me and raped me, I reported it to the prosecutor’s office and nothing happened, but I don’t want to keep quiet anymore,” said the 17-year-old victim.

In social networks, the case of Ivanna, a minor who accuses two men of abusing her when they invited her to a party on her birthday, went viral. “They had said that more people were going to go to the meeting and when we arrived there were only the two of them, so apparently they had everything planned,” she said in a video

Ivanna identified her assailants, including a young man whom she considered her best friend. “You two are still free, you are still as if nothing had happened,” she said in her complaint. “Since then, they made me feel guilty for what had happened.” She pointed out that she hardly remembers anything about the party because she was drugged with an illicit substance:

Ivanna knows that she was abused because her own assailants showed her videos of the act and warned her that she could not accuse anyone of them.

Despite the threats and humiliation she felt, Ivanna went to her parents and filed a complaint with the Durango Attorney General’s Office, a process that Ivanna described as “humiliating” as she received revictimizing treatment from the staff.

The investigators asked Ivanna to leave her phone, where the videos that would serve as evidence were stored. Two weeks later she returned to the prosecution:

“When we returned they told us that they had not been able to find anything, that we had to bring the evidence so that the investigation could continue. […] After a while nothing happened and it was as if [the case] had been buried.”

Ivanna was raped ten months ago and, since then, she has not only been tormented by the memory of the attack, but also by the slow progress of the case. Her family accused the prosecution of being corrupted by influence-peddling since they pointed out that one of the aggressors is the son of a former deputy.

Starting on International Women’s Day, when Ivanna made her complaint public and demonstrated at the 8M march, Ivanna’s father, a communicator by the name of Iván Soto, has been raising his voice on his social networks.

The spread of the case was picked up by local and national media, and shortly after the hashtag #JusticiaParaIvanna went viral.

The governor of Durango, José Rosas Aispuro, published on his social networks that, upon being informed of the case, he asked the prosecutor Ruth Medina for “a state report that keeps the investigation folder.” He assured that he would be aware of its development and added:

“In Durango whoever assaults a woman will be punished according to the law, whoever it is.”