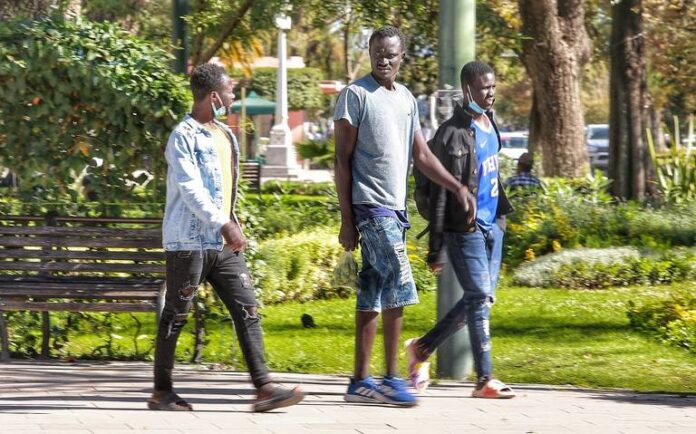 Recently a group of Haitians were victims of this action while trying to rent a room in a hotel in the city, a service that was denied them

In Durango, the number of complaints that are made to the State Commission for Human Rights (CEDH) for discrimination is very low, only in 2021 only two complaints have been filed for this reason before the said body, reported its president Marco Antonio Güereca Díaz.

In Mexico, there are various groups that constantly suffer discrimination, and it is that according to the person in charge of defending human rights in the state, unfortunately, those who are part of vulnerable groups think that they do not have rights and this motivates the acts of discrimination and harassment do not end.

He explained that of the two complaints filed with this office, in both cases it was migrants from Durango who accused the National Migration Institute (INM) and what was previously known as the Federal Police, for which reason since they were federal bodies, they were referred to the Commission. National Human Rights (CNDH).

According to Marco Antonio Güereca Díaz, complaints dropped a lot last year, which although it is true that it occurred due to the pandemic, the issue of the culture of denouncing human rights violations has not been a constant in the state. .

“We try to make a presence now, for example with Operation Paisano, we have three modules in the Trucks, the one in Durango, the one in Gómez Palacio, the one in Santiago Papasquiaro and there are also modules at the airport,” he commented.

The issue of discrimination is accentuated with vulnerable groups such as indigenous people, who are part of the LGBT community, and now with Haitian migrants, who in recent weeks have arrived in the state to process a humanitarian visa at the INM that allows them to legal stay for at least one year in the country.

However, it warns that ignorance of their rights, the lack of a culture of reporting, and fear are part of the situations that prevent them from establishing contact with the ECHR and seeking to punish the act of discrimination, commented the head of the organization. .