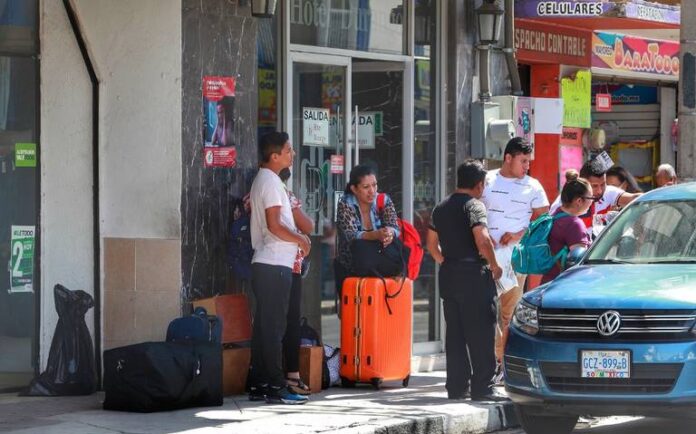 Covid-19 infections have increased considerably in recent months, so much so that the Durango entity is now on a yellow traffic light, coupled with this there have been some cases of the new covid delta.

According to the report of the state secretary of health on the data of the epidemiological report, it indicates that until this Tuesday, July 27, 56 new cases of Covid-19 have been reported in the state of Durango; accumulating 36,129 people who have tested positive for the virus and 2,477 deaths. The new confirmed cases are distributed as follows: 34 in Durango, 9 in Pánuco de Coronado, 4 in Lerdo, 3 in Vicente Guererro, 2 in Rodeo, 1 in Gómez Palacio, 1 in Mezquital, 1 in Pueblo Nuevo and 1 in Topia.

The Secretary of Health, Sergio Gonzales Romero, underlines the importance of continuing to take care of all health protocols, as he mentions that at the moment most of the most affected people, with a percentage of around 60%, are between the ages of 20 and 50 years.

Gonzales Romero mentioned that during the vaccination process corresponding to the first dose of anticovid vaccines in young people in the municipality of Gómez Palacio, little participation was obtained from them since the expected people were not received.

Given all this, the secretary added that the possibility of requesting the vaccination certificate that is granted to vaccinated people is being analyzed, as in other entities, so that this is like an entry ticket to any business, institution, or other areas of entertainment.

“It is not a bad attitude, any procedure that is done or valued will be carried out with pleasure and for the well-being of Durango”, for this reason, he called on citizens to continue taking care of themselves and to go to apply the vaccine against Covid.