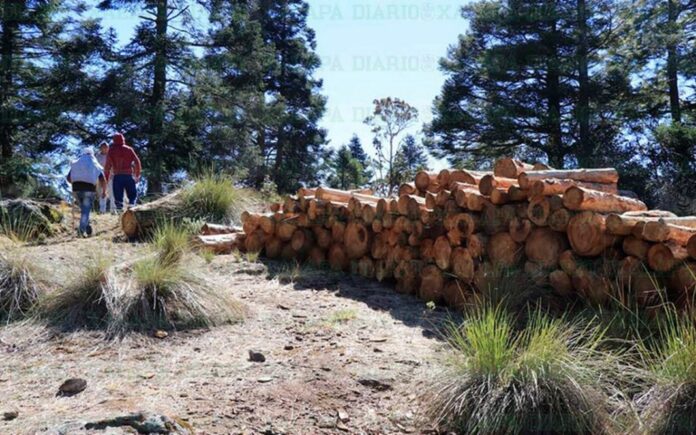 Clandestine logging persists in the forested areas of the state of Durango, said the head of the Ministry of Natural Resources and Environment (SRNyMA), Alfredo Herrera Duenweg, who stated that unfortunately there is no culture of reporting to deal with this problem.

He argued that it is important that when this type of crime is detected, the complaint can be raised in order to proceed in this way, even when he pointed out that it is a matter that corresponds more to the Federal Attorney for Environmental Protection (Profepa ).

He explained that according to information received from the federal agency, on some occasions this type of circumstance is reported after some time and it is not done when the cut is made to locate them in flagrante delicto.

He also announced that the areas where logging has been detected is mainly in the municipalities of Mezquital and San Dimas, but there is a need for a culture of reporting to be able to act against those who carry it out, the server reiterated state public.

He explained that these types of actions are generally incurred for the illegal use of the wood that is extracted since they do not generate invoices and it would have to be audited, that is, what the sawmills buy from the properties, already the people who sell meatloaf.

He indicated that regarding the impact when clandestine logging is incurred, it is the sense that there is no forest management and adequate use, and therefore, there is no development of the plants and they make slaughterhouses, which is the total felling of forest stands.