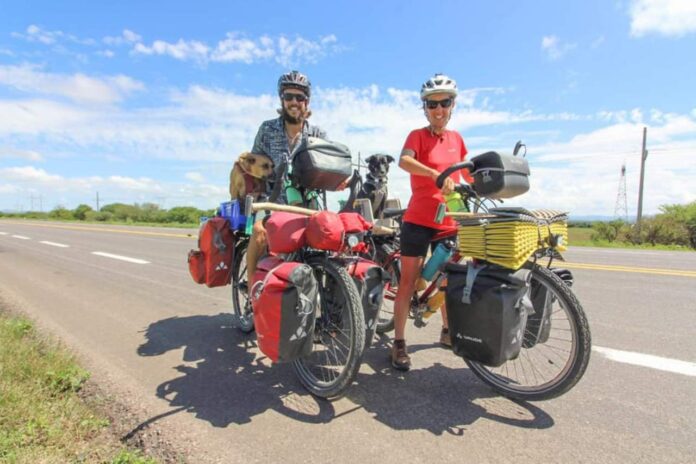 On their adventure, they are accompanied by a couple of pets.

Onboard a couple of bicycles, carrying their luggage and accompanied by a couple of pets, a man and a woman have visited various parts of the world.

In their adventure, they were intercepted by Fernando Martínez, from Durango, who took the opportunity to take a ‘selfie’ and talk with the couple.

In a brief talk, the adventurers pointed out that on their journey through the Sierra Madre, El Espinazo del Diablo has been the best of their trip.

Yesterday the images of the runner Jonas Deichmann, also known as “Forrest Gump”, who performs a triathlon around the world, while passing through Durango, also went viral.