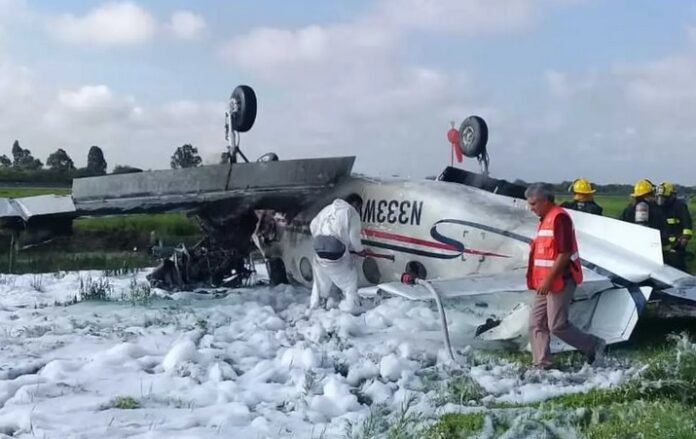 On the morning of Sunday, July 18th, an aircraft crashed on runway 3 of the Durango Guadalupe Victoria International Airport; first reports indicate one person resulted dead and five injured.

Local media have reported that the aircraft covered the San Luis Potosí-Durango route. The plane, a Beechcraft C90A King Air registration N333WW, was carrying six people on board.

Guillermo Pacheco, state coordinator of Civil Protection, confirmed that only two people were traveling on the aircraft, Francisco Hernández Espino, a pilot and whoever lost his life at the scene, in addition to Michel Denisse Muñoz Luna, a 33-year-old co-pilot from Mexico City, who is in serious condition at Hospital 450 in the state capital.