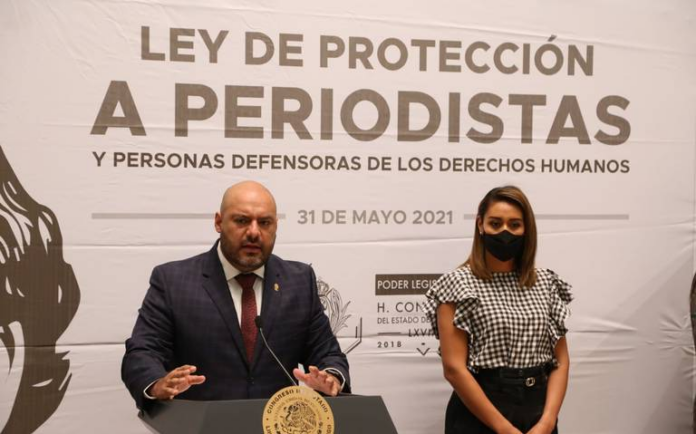 With the Law for the Protection of Journalists and Human Rights Defenders, journalists in Durango can continue to freely express what citizens demand and also pay for democracy, reported Iván Gurrola Vega, president of the Governing Board and Political Coordination (Jucopo) of the State Congress.

“Protecting you journalists also implies taking care of democracy, if you say what is happening implies that there is democracy in the state,” he said.

Liliana Ortiz, president of the Association of World Women Journalists and Writers, Durango Chapter, in this regard pointed out that legislation was necessary to safeguard the union and their families, an operable law that reflects the feelings and needs of those who go out every day to exercise your job.

“There is not a year in which communicators and human rights defenders are attacked for doing their work, and according to statistics, most of these actions come from authorities at various levels, and even if the simplest threat is to be taken in consideration, because in the end it should not be a coercion to exercise the profession, which prevents fully informing society that it is to which we owe ourselves ”mentioned the President of the World Association of Women Journalists and Writers, Durango Chapter.

Rosa Esperanza Gaucín Morales, president of the Association of Graduates in Communication Sciences, said that this day remains in memory for the approval of a legal framework that offers greater guarantees to journalism in Durango, and which is emanated from those who They dedicate themselves to informing society, the daily happening in the entity.