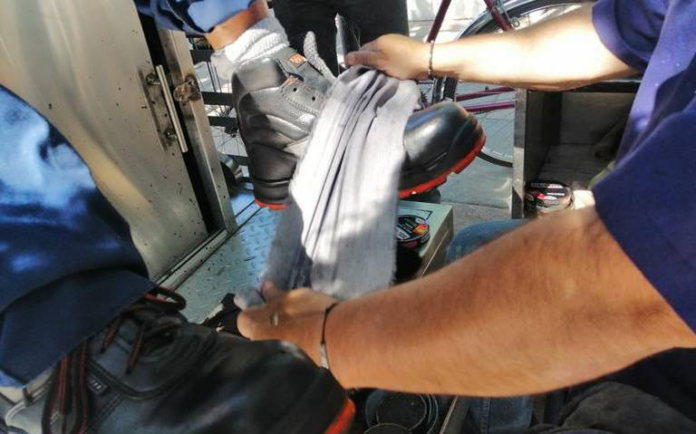 Governor José Aispuro Torres spoke with the boleros that are located in the Plaza de Armas, whom he recognized for their work

On a tour of the historic center of Durango, Governor José Aispuro Torres spoke with the boleros that are located in the Plaza de Armas, who recognized their work and the contribution they make as bearers of tourist information.

He reported that the 55 bolerías in the capital city are part of the modernization and improvement of the urban image of the downtown area, focused on attracting more visitors.

This same project will be for the businesses of this line of business in the cities of Gómez Palacio and Lerdo. “You are an important, traditional economic sector that greatly supports tourism in our city, so it is our duty to channel efforts that help maintain your business,” said the governor.

In this regard, the Secretary of State Tourism, Eleazar Gamboa de la Parra, said that Durango is a tourist place where society plays a very important role in promoting it.

The bolerías will have QR codes that will contain tourist information, as well as opening hours so that they can learn more about Durango.

The boleros position the Durango Brand by using allusive mouth covers and aprons.

Jorge Salum del Palacio, Municipal President of Durango pointed out that the beautification of the historic center with pavement, underground wiring, remodeling, and museums; They give more life to the city of Durango, providing more mobility and influx of people.