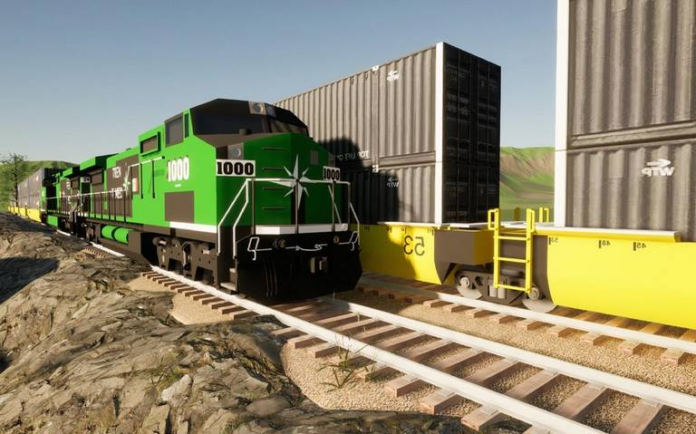 The project, whose route includes the states of Durango, Coahuila and Sinaloa, is unique in the north of the country, and will connect Mexico with the Asian market

More than a year and a half after work has been done on the project to provide a freight train that runs through the states of Durango, Sinaloa and Coahuila, through which a channel for the transfer of goods to other international markets is opened, the Secretary of Economic Development (Sedeco), Gustavo Kientzle Baille, pointed out that it already has financial authorization from the Caxxor Group, which will be in charge of its construction and will probably begin construction in September of this year.

The official announcement is scheduled for next July, and two months later to begin with the construction of the first infrastructure in Durango, with a dry port, next to the port of Mazatlán; to later continue with the railroad that will connect the route with the Asian market, the only one in northern Mexico.

It is a work that, initially, will cost the Private Initiative four thousand 200 million dollars, although it is estimated that this will rise as the infrastructure begins to be installed, especially since two more parks are being added to the initial project in the state of Coahuila.

The final executive plan, which has five stages with a marked outline, has already been presented and endorsed by the governors of Coahuila, Durango and Sinaloa. According to information from the head of the Sedeco in the state, it is contemplated that in Mazatlán a floating port with efficient technology, fast in the arrival and departure of goods, which is only available in China and the United Arab Emirates, is contemplated.

The state will be supported by part of the necessary infrastructure, as well as the procedures to be carried out with the indicated agencies. So the most complicated thing and where it will surely take the longest to complete is the railway, with about four years of construction, according to the group’s technical team.