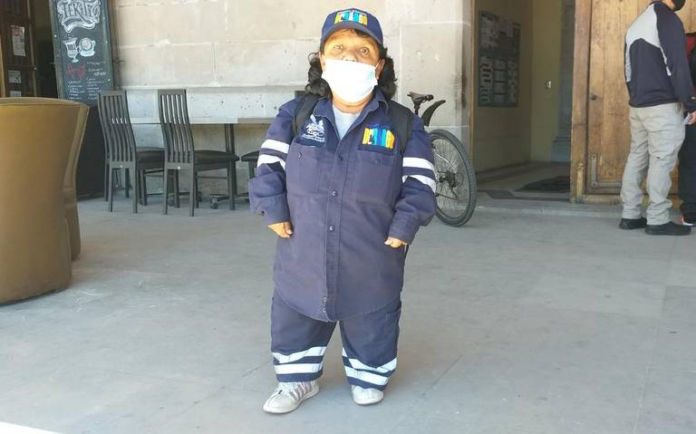 Patricia Hernández Guevara, is an employee of Municipal Public Services and to meet economic needs, collects recyclable materials that she then sells

Above all, the increase in gas, which affects practically all consumption, food, and transport, Patricia’s economic situation is complicated and before this, as usual, in addition to carrying out her work in Public Services, she collects materials recyclables that he then sells, to alleviate the situation.

Patricia Hernández Guevara has been an employee of Municipal Public Services since 2013. She is part of the surroundings of the Historic Center and mainly of areas surrounding the Plazuela Baca Ortíz and Plaza IV Centenario, an area of ​​the city of Durango that she is responsible for serving.

Speaking about the difficulties that the pandemic has had to fight, he explains that in recent weeks the increase in fuels, such as gas or gasoline, has suffered in an extraordinary way.

When referring to the main difficulty that she has suffered in the face of latent health and economic crises, she maintains that fortunately, Covid-19 has not reached her, although it has reached her siblings and seeing them as they are suffering, emotionally it also hits such a circumstance.

Economically, he said, the increase in gas is suffering, which is brutal, especially when you have such a low salary. And it is that weekly he receives $ 1,200.00, with which, she has to face the payments of electricity, drinking water, and other services, in such a way that sometimes she runs out pesos to meet other needs.

She explains that she entrusts himself to God and is dedicated to collecting recyclable materials such as bottles and aluminum containers, which she then sells and receives some resource, which helps.

In addition, by stating that she is not ashamed, she acknowledges the support he receives sporadically from some deputies and mentions Iván Gurrola, Carlos Maturino, as well as Esteban Villegas, who affirms that they do lend her a hand and thank him with all her heart; “Sometimes they have bailed me out by supporting me to buy medicine.”

She has the fortune of not having direct financial dependents. Their children got married and became independent. However, there are times when they ask him for support and he affirms that he cannot turn his back on them, “how can I help them”,