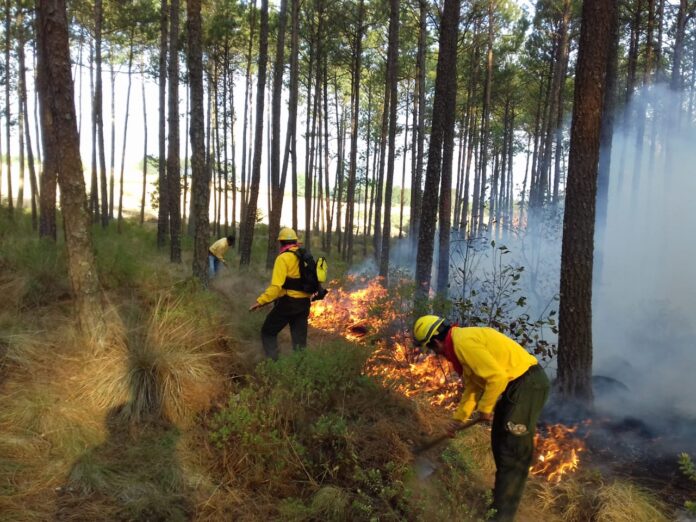 The devastation exceeds 28 hectares, mainly in the municipalities of Mezquital and Pueblo Nuevo, reported the head of the SRNyMA, Alfredo Herrera Duenweg

The ravages of the dry season are already beginning to be felt in Durango, said the state secretary of Natural Resources and Environment (SRNyMA), Alfredo Herrera Duenweg, who acknowledged as bad news that this year there are 28 forest fires whose devastation exceeds the 28 hectares.

In this regard, he added that next week throughout the state and in coordination with the National Forestry Commission (Conafor), the fire brigades will start, which are deployed annually in those municipalities whose forest characteristics place them at risk.

In reference to the fires registered this year, he affirmed that they have already been controlled through effective work by the brigades, given that they have occurred in municipalities such as Pueblo Nuevo and Mezquital, which are currently the two most affected.

The state official acknowledged that the adverse weather conditions already presented and the announced forecast predicts a very complex drought season and therefore work will be done to prevent the fire from being much less.