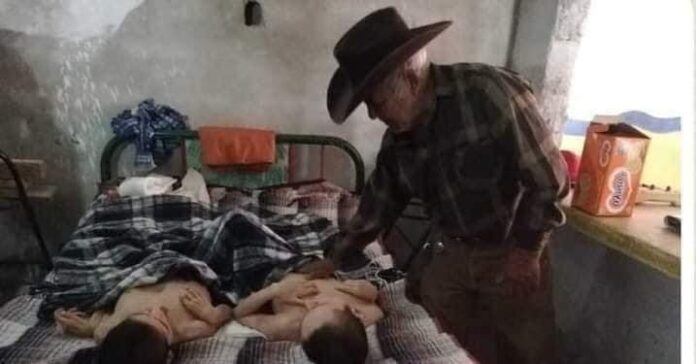 In the house lived an elderly man and his two children who were people with disabilities.

Although Don Juan had no impediment to leaving the damaged home, he decided to stay with his children until the last moment.

Durango.- Two adults with different abilities and unable to walk, as well as their elderly father, who died in his house fire by leaving a lit candle, where the charred remains were later rescued.

In a matter of seconds, the house located on Fresnos and Primavera streets in the Miguel de la Madrid neighborhood in the city of Gómez Palacio, Durango, was engulfed in flames, which alarmed neighbors who could do nothing to enter, so they requested support. of firefighters who arrived almost immediately along with elements of Civil Protection.

The sector already guarded by elements of the Municipal Public Security Directorate, the first authority responding to the call for help, maintained the fence while the rescuers carried out their work to gain access to the farm and thus put out the fire.

The rapid action of the firefighters was able to control the situation and reach the place where those affected were found but who no longer had signs of life, due to being prey to the flames that engulfed the entire room by burning furniture, clothes, and other objects.

The victims were identified as Juan Francisco Cortés, Charles, 78 years old, and his sons Juan Francisco and Sergio, 38 and 44, reached by the fire that spread in a matter of seconds.

Juan Francisco took care of his children after the death of his wife Juan Francisco Cortés took care of two of his older children, but for him, they are his two little ones, Sergio and Francisco, who were born with cerebral palsy problems and he always watches over them so that they were always taken care of.

Sergio and Francisco did not utter words, however, each movement or babbling was recognized by Don Pancho, as Mr. Juan Francisco is also called.

He received help from his daughter Hilda and his son Esteban.

He dedicated himself to masonry until his body allowed it, for which he only dedicated himself more than ever to taking care of the lives of his ‘little ones’, the “Werito” and the boy Francisco, as he calls them.

Parental love is something very strong, a father or a mother does everything for their little ones, it does not matter if they are adults, they will always take care of us and give their lives for us.

For The Latest Mexico News About Living, Working, Investing, or Retiring in Mexico Please Join and Share our Page Click Here