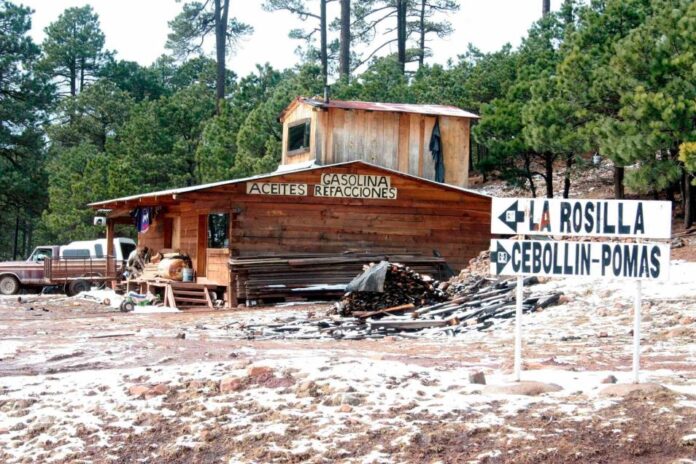 Guillermo Pacheco, the State Coordinator of Civil Protection, mentioned that a harsh winter is expected in the region.

The community of La Rosilla in the municipality of Guanaceví, Durango, which is known as the freezer of Mexico, woke up at -9 degrees Celsius, as Ismael Velázquez, in charge of taking the measures for the National Water Commission, announces it every morning.

In this sense, Guillermo Pacheco, State Coordinator of Civil Protection, said that climatic effects have already been registered due to cold fronts, such as the drop in temperature in places like La Rosilla.”Today, La Rosilla’s report was -9 degrees and it is necessary to know that a rather harsh winter is expected, and based on the winter program, the municipalities must present their winter program.”

He explained that for the city of Durango, temperatures at dawn are between 4 and 6 degrees and at noon, no more than 25 degrees.”In the capital, we have been between 4 and 6 degrees at dawn, with a maximum temperature of 24.25 degrees in the course of half a day. And so we will be until this Thursday, where the ninth cold front is already expected ”.

But it was not only in the municipality of Pueblo Nuevo that a strong hailstorm of at least 30 minutes was generated.“Last Friday we had reports from El Salto Pueblo Nuevo, where there was a hail of approximately 30 minutes where the ground was quite covered with hail on the road. There was no harm to regret ”.

He asked the mayors to maintain preventive measures so that the population is not affected. He explained that it is necessary to work according to the plan for the winter, that citizens are informed when a decision is required based on weather conditions.

La Rosilla is located in the Guanaceví municipality northwest of Durango. With less than 200 inhabitants, it is located just over 2,500 meters above the sea and is the coldest place in the country.

In La Rosilla, women also work harvesting trees, which are carried to the road with a team pulled by two bulls. The few crops that are achieved are oats and potatoes, so they must buy most of the inputs for daily life. Ten months a year they wake up below zero.

In a shoal in the middle of the Sierra Madre Occidental, the harshest season is during winter, where the forestry activity from which the inhabitants of La Rosilla live cannot be worked.