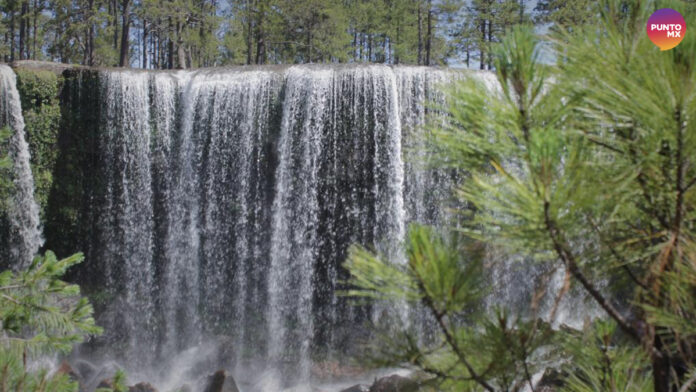 It would be by early 2022 that both Tourism Secretariats, together with hoteliers, join together to strengthen a joint promotion campaign, not only regionally, but also nationally and internationally

The proximity that exists between Sinaloa and Durango has increasingly strengthened ties in the tourist sector, because every weekend Mazatlán fills up with Durango and vice versa, a lot of Mazatlán locals take advantage of and escape to enjoy the low temperatures offered by a cabin in the mountains.

Such is the union between both states, that by 2022, the Tourism Secretariats, together with hoteliers and tourism promoters, will work on a promotional campaign at the international level, seeking the 2 for 1 offer, that is, to include in some of their visit packages at both sites, declared Elvira Silerio Díaz, Sectur Durango’s undersecretary of promotion.

“We can make a longer offer for people who come from the United States and Canada, giving them all the option of the mountains, the cultural center that we have and the offer of the beach and the colonial zone that is Mazatlán and that makes it attractive for the people who come to visit us ”.

What do you expect?

Silerio Díaz said that the project, together with the use of the trust that they maintain at the federal level, is ready, however, they will wait for the change of the Sinaloa government to seek rapprochement with the Secretary of Tourism.

The state official added that years ago they had already worked on a similar project, therefore, they already have the bases to resume it and thus join efforts between business partners to increase hotel occupancy.

“I think it is time to return to that product because it is very attractive for the Anglo market that loves cultural issues and living Mexican traditions; This will allow us to carry out an international promotion that benefits both states ”, he commented.

The undersecretary of Tourism Promotion in that state, highlights that they make agendas that offer a variety of adventure, cultural and gastronomic products so that they go more

The fact that Sinaloa and Durango are located within the epidemiological traffic light in green due to COVID-19, at the national level, will allow there to be a significant rebound in tourism activity and greater confidence to offer the different ecotourism alternatives Elvira Silerio Díaz pointed out.

The Undersecretary of Tourism Promotion of the State of Durango said that in the midst of the coronavirus pandemic, in his entity, has gradually recovered and that in the straight of this closing of 2021 better percentages are achieved in the influx of visitors.

“From a 20, 30 percent that we brought in the first semester, to a 60, 70 percent occupancy, the strategies then is to invite them to make new tourist products, make attractive agendas that invite the people of Sinaloa to go, because many of them knew the attractions, so we are making a variety of adventure, cultural, and gastronomic products so that you can go ”.

Silerio Díaz stated that Durango is not only based on what has already been established as a tourist offer, but also seeks to expand the offer, knowing that people always know something different or new.