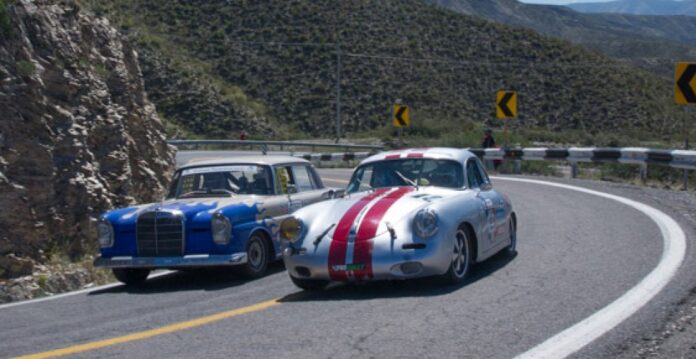 He indicated that Durango will once again participate in the so-called “People’s Race”, thanks to the support of the state governor José Rosas Aispuro Torres, who has seen the importance of the entity continuing to be part of this great automobile festival, for the benefits and economic spill that leaves in the state.

He explained that from October 15 to 21, the states of Oaxaca, Veracruz, Mexico City, Michoacán, Aguascalientes, Durango, Chihuahua, and Coahuila, will be part of the route of the now-iconic Carrera Panamericana.

He said that the Carrera Panamericana will be broadcast again live and direct, through the digital platform “La Carrera Panamericana” and social networks and the Federal Ministry of Tourism, so it will have wide coverage, mainly in countries such as France, United Kingdom, Italy, Spain, United States, Canada, Argentina, Colombia, and Guatemala.

For this edition, in the speed and time trial stages, it is expected the participation of around 80 classic cars from models 1940 to 1972 with 11 categories, including the modern Mini-Panam category for the sixth consecutive year. In the same way there will be pilots of more than 15 nationalities.

The official assured that the race promotes the state, as well as that it benefits the population through which the Carrera Panamericana passes, “this event is very exciting, it is always interesting, positive, that these types of events are carried out that contribute to the economic benefit of all the towns where this great race takes place “