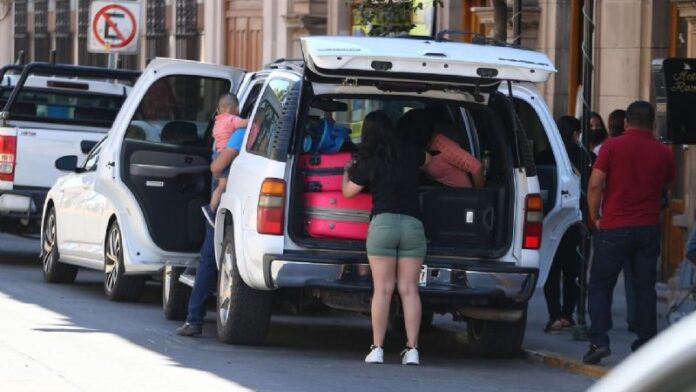 Elvira Silerio Díaz, undersecretary of Tourism Promotion, pointed out that the entity prepares various activities to attract the attention of visitors from Sinaloa

Mazatlán, Sinaloa.- For the summer, despite the fact that the Durango National Fair will not be held, the Undersecretariat of Tourism Promotion of Sectur, trusts that hotel occupancy will reach between eighty and ninety percent, this, after the reactivation economic and activity that is registered in the neighboring entity.

Elvira Silerio Díaz, mentioned that to increase the tourist flow in the entity, different cultural and sporting events are prepared, most of them outdoors, such as the dinosaur exhibition in collaboration with the Desert Museum, as well as activities within the facilities de la Fenadu and the presentation of a funerary art museum with more than 300 pieces carved in a quarry of historical value.

“Now for the summer we intend to make a very strong promotional strategy to achieve eighty or ninety percent occupancy during the summer, that is why we are here in Mazatlán, which has always been one of the main emitters of visitors and Well, we will be doing promotion, we will be presenting new products, ”she said.

She commented that ultimately the economic reactivation after the strong pandemic, which generated the closure of businesses and spaces, in Durango achieves a good recovery, and even, for the second half of the year, it was possible to agree to the celebration of five congresses and conventions, what comes to mobilize the entity.

Silerio Díaz added that although Sinaloa, and particularly Mazatlán, are different in their type of tourism, Durango as a colonial destination expects the summer to be favorable, with good numbers in hotel capacity, which she assured, has competitive rates so as not to affect the pocket of visitors.

“We are doing well, we are also betting a lot on the subject of congresses and conventions, we already have around five confirmed events for the second semester of the year and we are doing well, we are reactivating in an orderly way, with great responsibility, always taking care of the people so much. visit, like the Duranguenses themselves ”.

She added that in the first days of July to commemorate the 458 years of the founding of Durango and will be celebrated with a gastronomic festival, the proclamation of Durango gastronomy as intangible heritage by UNESCO, as the twelfth state to have the appointment.