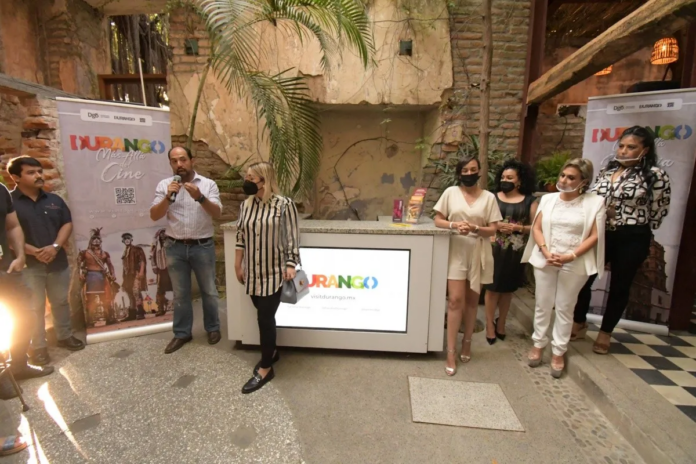 Mazatlán, Sinaloa.- With the change from yellow to green traffic starting this Monday, the state of Durango estimates a greater reactivation of activities and therefore, an increase in the flow of tourists to the entity and its municipalities, Eleazar explained Gamboa de la Parra, head of the Ministry of Tourism.

During a visit to Mazatlán for the weekend inauguration of a new tourist information module inside a renowned restaurant in the Historic Center, the state official highlighted that the hotel recovery during 2021 has been significant, after a difficult year due to the start of the pandemic, since in 2019 it presented significant growth.

The Ministry of Tourism of Durango launched an intense campaign to promote tourism in the main cities of Sinaloa, its main tourist provider state.

When inaugurating a tourist information module in Casa Analco, a restaurant with Durango investment in this city, the Secretary of Tourism of Durango, Eleazar Gamboa de la Parra reported that as of this Monday, Durango enters a green traffic light, although he said, that does not It implies that the guard is lowered as far as sanitary protocols are concerned.

He indicated that currently the entire tourism sector of the neighboring entity is operating, this weekend still at 75% because it is still at a yellow traffic light, but that changes from next week, when the Health Committee determines the new percentages of occupation, already with green traffic light.

He also emphasized that in addition to hotels, restaurants, and shops, all the tours that had already been handled are already operating, as well as amenities such as the cable car and the mining tunnel, for which he invited Sinaloans to visit or return to Durango.

“In the tourism issue, we hope to recover by summer and end the year in approximately eight hundred million pesos, of course well below what could be generated from the economic spill in 2019, which was a record figure of more than 1.2 billion pesos. , but hey, if we compare it with last year, it is an important recovery ”.

Gamboa de la Parra specified that until this weekend the occupancy in tourist and restaurant sites remained up to 75 percent, it will be based on the Durango Health Council that it was determined what the capacity will be when it is already on a green traffic light, although It is estimated that it is one hundred percent, as long as it respects health protocols.

The head of Sectur Durango emphasized that in addition to hotels, restaurants and shops, tours within the city such as the cable car, the mining tunnel, among others, have already been restored in good capacity, in addition to the activities in the eco-parks of the city. sierra, so he insisted on inviting the people of Sinaloa to visit the different attractions.

“We are not going to have concerts in Durango by artists of national or international level, at the fairgrounds or anything like that, but we are going to have events such as the world volleyball championship that we will have in July, regional basketball events, races cyclists, very focused on sports and we are going to have some family recreational activities ”.

In that sense, Eleazar Gamboa explained that a special program is being prepared for the summer season, unrelated to the Durango National Fair, which was canceled for the second consecutive year and is expected to resume in 2022, meanwhile, they will be used some congresses, conventions and sporting events to influence during the following months the arrival of tourists from all over the country.