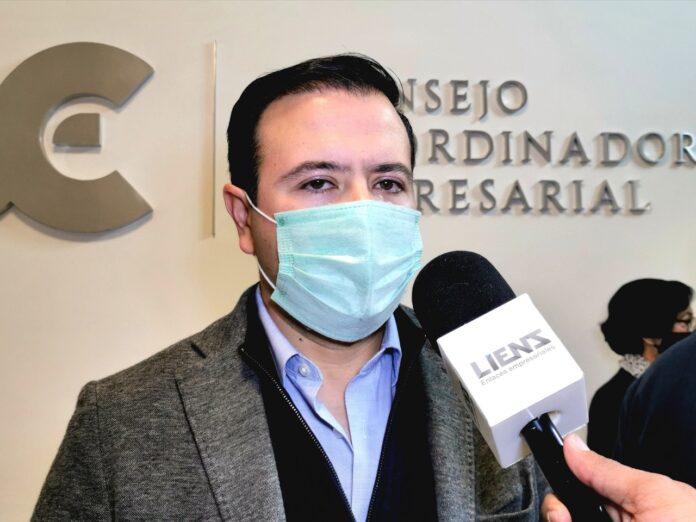 It is summed up in an expensive whim and a threat to the economy, environment and health says Miguel Castro

Durango businessmen speak out against the electricity reform, pointing out that if it is approved, 4 million jobs will be lost and about 44 billion dollars of investment are at risk.

At a press conference headed by Miguel Castro, president of the Business Coordinating Council, who emphasized the concern and alarm that exists about the electricity reform, which he said is summarized in a costly whim and a threat to the economy, environment and health.

He added that if the reform is approved it will bring many complications in terms of competitiveness, “it is estimated that 44 billion dollars of investment by private initiative are at stake and may lead to lawsuits.”

He demanded that the legislators who represent Durango comply and take actions to improve the country, “without agreements in the dark.”

For his part, the head of Coparmex in the state Oscar Moreno emphasized that it is a “counter-reform”, which threatens all families in Mexico, “wants to return the monopoly to the CFE who delivers the most expensive energy,” he pointed out that The Commission does not plan to invest until 2030 in renewable energies, and pointed out that the price of energy by the CFE is 1,600 pesos megawatt/hour, while companies with more technology produce it in 600 pesos, and those dedicated to more clean energy at 400 pesos.

The transformation industry (Canacintra) in the voice of its president Eduardo Rodríguez, indicated that on the issue of competitiveness it leaves them out, “the Federal government must recognize that CFE does not have the infrastructure to carry out clean energy, there is an opportunity with new investors and the scheme must be fair ”.

While Raul Montelongo representative of the Chamber of Contrition (CMIC) pointed out that the inactive has regressive actions, and expressed that it impacts the construction sector, since it modifies the roadmap, regarding the use of clean energy sources in homes, public buildings, schools and so on.

Mauricio Olguín, leader of the Canaco, emphasized that these actions should not divide society and what should matter is economic growth, he also said that if approved, it will be broken

the legality of the free trade agreement and puts more than 4 million jobs at risk.

The restaurant industry, through its representative in the state, Miguel Camacho, emphasized that in creating an open dialogue in which parliamentarians listen to all voices, and the debate is responsible.

Finally, and by encompassing all the business chambers, Frenado Favila, representative of the gasoline producers, made it clear that modernity should never be a setback, and exemplified with the Hydrocarbons Law which aims to increase the supply of energy and at competitive prices, while the Electricity initiative is based on the disappearance of regulatory entities