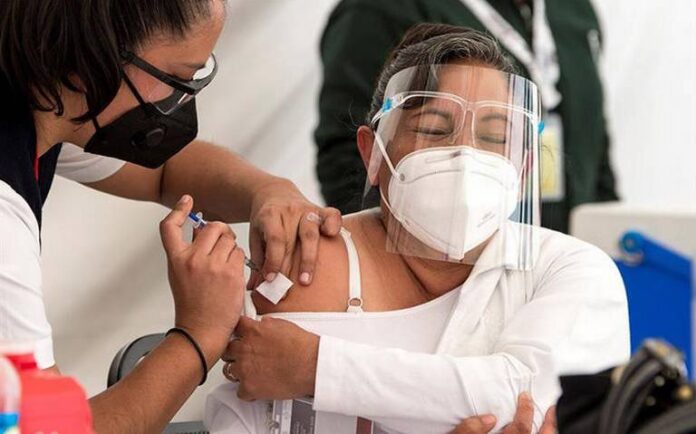 Durango has become the first state in the Mexican Republic where it was possible to vaccinate 100% of health personnel, both public and private, declared Governor Aispuro Torres.

Durango is the first state in the Mexican Republic where it was possible to vaccinate one hundred percent of health personnel, both public and private and this is a recognition of the effort and work that has been carried out for more than one year, as declared by Governor José Rosas Aispuro Torres.

During his visit to the Laguna region, the governor stated that: “All health personnel, doctors, nurses, orderlies, administrative staff and others required were are given the Covid vaccine because they are those who are fighting the disease and this is a very important step that has been taken in our state, “he said.

Aispuro stated that up to now, 200 thousand people throughout the state of Durango have been vaccinated.

Regarding the methodology used by the state of Durango to vaccinate all health personnel, Aispuro Torres highlighted that: “Here in our state, I recognize the disposition of the Welfare Delegate, Edgar Morales Garfias, as well as the dialogue we have with the secretary of health of the federal government, Sergio Alcocer and with the head of the Ministry of the Interior, Olga Sánchez Cordero, ” Governor José Rosas Aispuro Torres concluded.