The artist tells Infobae Mexico how, the journey he has made for years, he now has within the United States government to help Hispanics

“I never imagined that 16 years later I would receive a call from the White House, from the president, inviting me to be part of this initiative,” says – still surprised – Mexican actor Eduardo Verástegui, who on September 15 became an advisor for the United States government, in an initiative that seeks to improve the situation of the 60 million Hispanics who live in that country.

More than one was as surprised as Verástegui by this appointment, mainly because his famous professional career did not point to politics. “I never imagined that they would invite me”, insisted on a dialogue with Infobae Mexico.

José Eduardo Verástegui, 46, is originally from Ciudad Mante, Tamaulipas (northeast Mexico). At the end of the 90s and early 2000s, he was already famous for being the singer of a pop group called Kairo, and also for being the heartthrob of the youth novels of that time – such as Soñadoras or Alma Rebelde. In that same period, he emigrated to try his luck in the United States.

And that’s where his life took a big turn; He continued with his artistic career, but radically changed his goals and convictions, both personally and in the workplace.

How did it happen?It all started with a commitment he made to his family. 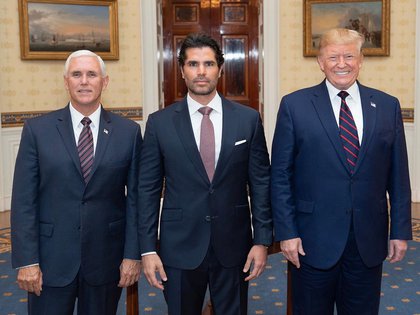 “Almost 17 years ago, I made a promise to my parents that I would never again work on any film or television project that would offend my family, my faith, or my Hispanic community. Because I was making promises, I was left without work for four years, ”says Verástegui from Miami, where he currently resides.

An English teacher named Yazmin was also instrumental in his change; He went from helping him improve his accent – he needed it in his work as an actor – to make him rethink his life goals and as a Hispanic actor in the United States.

“I discovered that Hollywood has been determined to perpetuate a negative image of Hispanics through film and television. From the 1940s to today they always put us as the worst of the worst. And I was part of the problem.” explains the actor, who at that time had already participated in some programs in that country, but always typecast in the Hispanic stereotype.

Then he turned to the vindication of the Hispanic image and, among other things, he set up a film production company whose productions seek to raise the dignity of that sector of the population. He also became an activist and started working in philanthropic organizations. Always directed to that cause, as well as the right to life and his religious devotion. 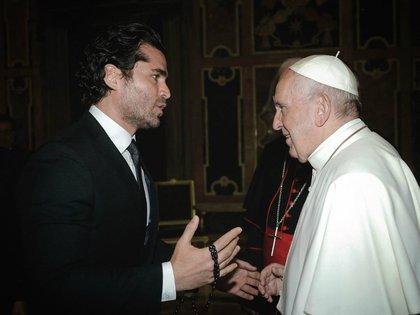 The first fruit of his mission was a movie called ‘Bella’, and since then he has not stopped. In fact, with that film, he was awarded at the White House for the positive contribution to the Hispanic community in the United States.

“From there I have been working, from my trench, from my forehead, from my field. Betting on Hispanics through art, ”Eduardo comments from the other side of the monitor.

Thus began the journey that has led him to now be in the White House, as member of the President’s Advisory Commission on Hispanic Prosperity, an initiative fairly recently – President Donald Trump made it official just last July – that seeks to create policies for the benefit of Hispanics in the US, through recommendations, that guarantee the quality of life of that sector. 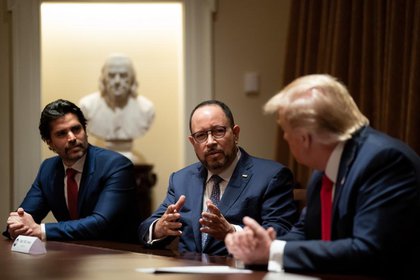 With evident emotion, Verástegui reiterates that for him all this represents a very great opportunity, since the initiative “does not only speak of better economic opportunities, better loans, access to better education, but it will also allow us to present proposals new, different, unique in work tables, to be able to plan and execute them, and see the results immediately ”.

Starting with the right foot

He says that he already has many ideas, which in a few days he will work with a group of advisers before presenting them to the committee, whose first meeting – Verástegui anticipates – will probably take place in a couple of weeks.

“Without a doubt, it is urgent more just, more generous immigration reform; where you can bring together the human, the ethical, and the legal. Not all laws are fair, we know that. They are complex issues, you have to go to the kitchen, talk with experts, with advisors ”. 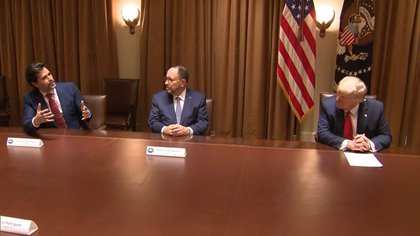 Although he does warn that only time will measure the success of his work in said commission. And then he explained that, in the process for the execution of actions, first ideas will start; that will become proposals; then they will be planned and finally implemented.

And it will also take into account the ideas of the Hispanic community; [email protected] is the email to which you can send your proposals, which will also be discussed with expert advisors.

“That I am going to be a tireless lawyer, a defender of Hispanic interests in the United States, I promise you that.”

The controversy in Mexico

The actor’s appointment to the White House came from the hand of a strong controversy, especially in social networks, since there were those who considered the fact that Verástegui accepted the invitation, as a betrayal.

However, he maintains that the really contradictory thing would have been that “ after working for the Hispanic community for 16 years, and now that they invite me to do something, that from this platform the impact is even greater, to say no, as if these opportunities will come to you every day ”. 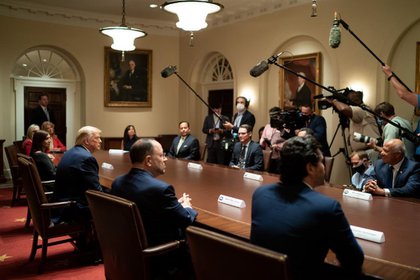 And then he insists that the question is the opportunity that he, as a Mexican, is already in the place where decisions are made that have a real impact on the life of Hispanics in that country.

“Regarding the initiative, it does not matter who invites you, but what they invite you to. And they are inviting us to work to raise the interests of the Hispanic community in the United States ”.

What is certain is that regardless of his work in the Hispanic initiative – he himself separates it by considering that this will be carried out with total objectivity – Verástegui is clear about his political preference, facing the US presidential elections that will take place in November.

Imagine, as an activist defending the rights of the unborn for 17 years now, vote for biden which is pro-abortion at nine months, well it would be contradictory” Emphasizes the also activist, whose banner, for years, has been the right to life from the moment of its conception.

Then he acknowledged that he identifies with Donald Trump , for his stance on life. 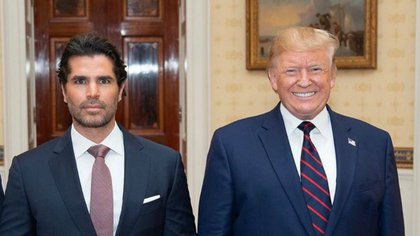 “Let’s get America and Mexico great together” (Let’s make the United States and Mexico great together), says Verástegui convinced. Although he acknowledges feeling “a great responsibility” for his new role in which his ideas could have a high impact on the lives of Hispanics in the United States. “(I am) very excited on the one hand; on the other hand (there is) a fear of the packet that suddenly this represents ”.

Eduardo Verástegui is not the only Mexican in favor of Donald Trump’s policies,  ensuring that he is the best option for Mexico.

“Like it or not, we will agree or not. It is difficult to accept and recognize what is not wanted, but things are as they are. The best thing that can happen to the world right now, especially to Latin America and even more so to Mexico, is for Trump to triumph. Although it hurts a lot, it is like this ”, referring to the elections on November 3.

She then shared a photo wearing a cap with Trump’s 2016 presidential campaign slogan and wrote: