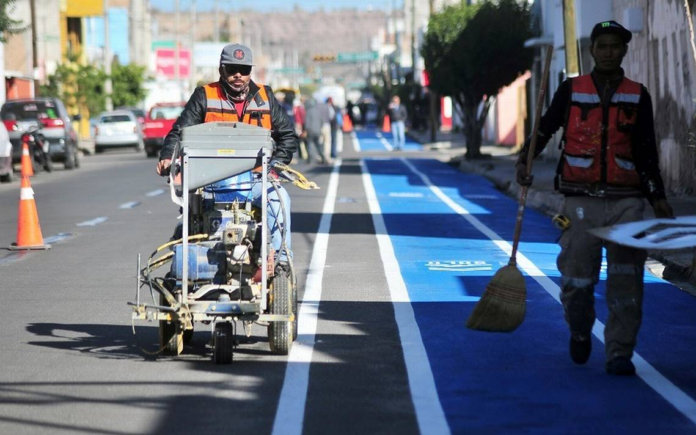 Those present were able to learn about the different routes that this work will take, which will start on Boulevard Dolores del Río and end on Avenida Gómez Morín.

The Municipal Directorate of Urban Development brought together the Presidents of the CMIC and Associations of Professionals to hear and learn directly about the bicycle path project that the Government of Jorge Salum will undertake, through Municipal Public Works and which is in a stage of socialization with different sectors of the population.

On this occasion, the President of the CMIC, Raúl Montelongo Nevárez, met, as well as the different holders of the Colleges of Architects and Civil Engineers, who learned in detail about the “Ciclovida” project, through which the network of cycle paths will be expanded. in the city of Durango.

Those present were able to learn about the different routes that this work will take, which will begin on Boulevard Dolores del Río and end on Avenida Gómez Morín, with the aim of increasing connectivity to provide security and protection to cyclists who have the need to travel through This means of transport is also sustainable.

During said socialization, it was exposed that the construction of more than 150 kilometers of the bike path is planned, in order to be comprehensive and allow it to be a route that crosses the city safer for those who use it.

It should be noted that during the meeting, the director of Urban Development, Alberto Pérez Arellano Soto, asked the different representatives of the construction sector to express their opinions regarding the project, which were taken into account, as well as answered their doubts on the part of the person in charge of it.