So far, Alomía explained, it has not been proven to cause a more serious disease than what is known

A new variant of the SARS-CoV-2 virus was detected in regions of the United Kingdom, which is why several countries have begun to close borders to prevent a new outbreak of the disease.

However, the Ministry of Health assured that it is not a more lethal strain of virus nor has it been proven to cause a more serious disease, according to international reports. Within the framework of these statements, media such as Milenio and Forbes announced that flights from London continue to arrive in the country, received in Mexico without any kind of protocol.

In specific mention was made of flight 242 of the British Airways company, whose passengers told the Mexican media that they were only asked to keep a healthy distance, wear face masks and answer a questionnaire about the symptoms of the disease.

his strain , according to the UK Center for Disease Control and Prevention, has already been identified in other countries such as the United States and Brazil. 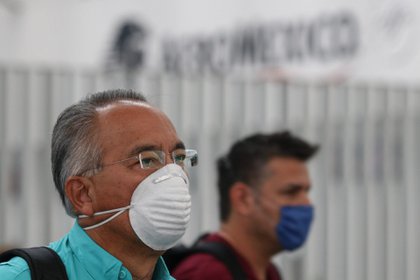 Several countries did close the borders with the United Kingdom

Once this new variant was unveiled, several countries began to announce the closure of borders to prevent the spread of the new strain, including the Netherlands, Belgium, Italy, Germany, France, Ireland, Austria, Portugal, the Czech Republic. and Bulgaria.

However, Mexico would expect the arrival of more than 40 flights from London to Mexico City, reported Milenio, scheduled between December 22 and 26, most of them connecting.

In an interview with Forbes, the social communication manager of the Mexico City International Airport (AICM), Santiago Argüero de Buen, declared that they cannot establish sanitary protocols since it is an attribution of the federal government

When asked about the subject in the daily COVID-19 conference, the director of Epidemiology, José Luis Alomía, explained that so far various variants of the disease have been identified, including the one that arose in the United Kingdom. The mutations that have been occurring in the SARS-CoV-2 virus, let’s say the initial virus that at its time originated in the Asian continent and from there it spread, have occurred at different times of the year and during the pandemic, that is, , different types of mutations have been identified that at the time have given rise to different transmission chains

The European CDC detected that as a new variant of the virus the transmissibility of the virus has been even higher than in previous viruses, but this is still in a research stage. 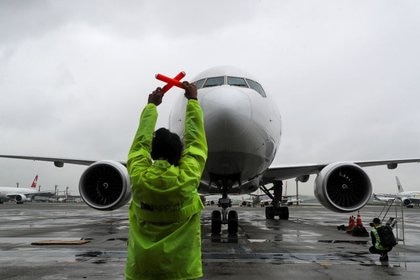 Although it is necessary to carry out larger population studies, he stressed, the health authorities have not found so far that “this variant is causing more serious disease or is causing greater alarm signs, even less that it is more lethal, since it does not present a more serious disease does not present the consequence of death in comparison with the variants or the previous viruses that were already identified ”.

Mexico currently registers 1,320,545 accumulated cases and 118,202 deaths directly related to the new strain of coronavirus, which arrived in Mexico on February 27 and was confirmed by the National Institute of Respiratory Diseases (INER) in Mexico City.

Where to stay in Mapimí Durango, Pueblo Mágico